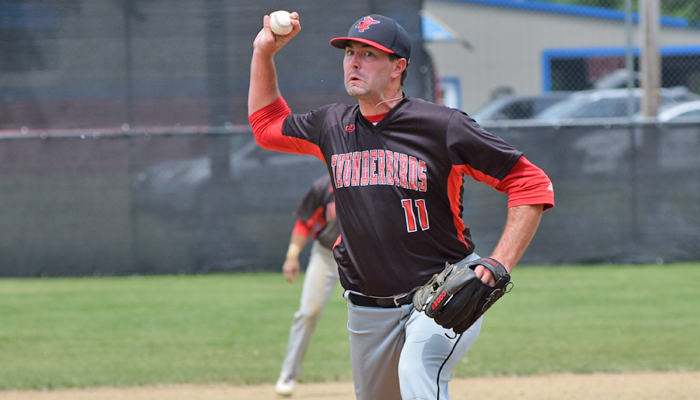 PLATTSBURGH, NEW YORK – The Plattsburgh Thunderbirds closer Sam Burton, who was dominant in the CanAm Series with the Empire League Grays Interleague team, has been moved to the York Revolution of the Atlantic League. The highest level of independent professional baseball.

Burton, started the year as the 3rd starter in the first place Plattsburgh Thunderbirds rotation before moving to the closer role. He will continue that reliever role with the York Revolution when he arrives to play against the Somerset Patriots in Atlantic League play Tuesday Night.