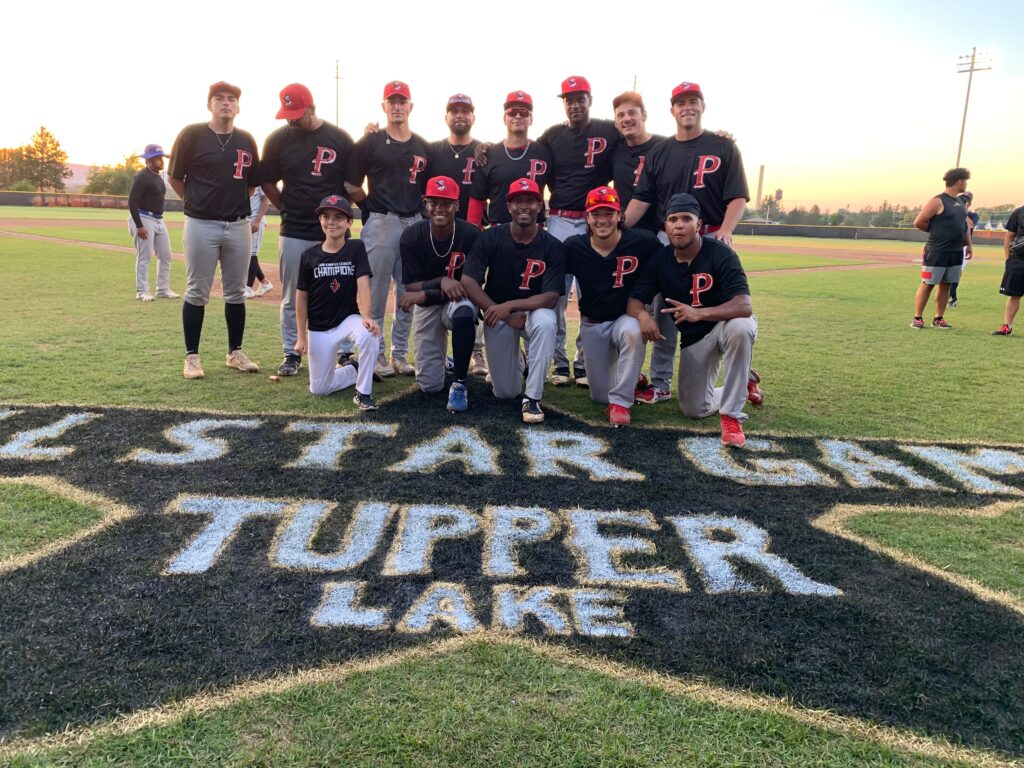 TUPPER LAKE, NY  –  The Empire Baseball League All-Star Game featured the top players so far during the 2022 season. Players from all four teams were selected to participate in the game and the teams were split into East and West squads. The East squad included players from the Saranac Lake Surge and Plattsburgh Thunderbirds, while the West squad included players from the Tupper Lake Riverpigs and the Japan Islanders.

In the end, the West All-Stars took home the 6-1 victory over the East. The pitching on the West team was too much for the East to overcome, scoring their only run late in the contest.

The player named MVP of the All-Star game was Tupper Lake’s own Khalyd Cox. Cox went 1-2 in the game with a lead off home run to start the game, two walks and three runs scored. He also had a stolen base.

The pitcher of the game also came from the West All-Stars, starting pitcher Mizuki Akatsuka. Akatsuka started the game going two perfect innings, not allowing a single baserunner to reach from the East All-Stars. He struck out one batter in his two innings of work.

Fans from around the Tupper Lake area as well as fans of the EBL came out to make the 2022 All-Star festivities special for every player. Now, all eyes look towards the upcoming EBL playoffs that are looming right around the corner.