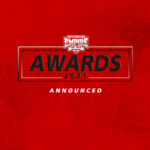 The Empire Baseball League has announced the winners of this years Awards.

Here are the Award Winners: 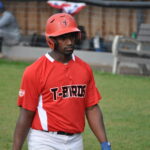 TUPPER LAKE, NY – The Plattsburgh Thunderbirds have been defeated by the Saranac Lake Surge in 5 games to bring home the 2021 Empire League Championship to the city of Saranac Lake, NY for the first time in Franchise History.

The Thunderbirds barely made the final Wild Card spot in the Playoffs in which they would defeat the Tupper Lake Riverpigs in an intense 7-6 final score to advance to the finals against the Saranac Lake Surge. Alex Rodriguez crushed a 3-run homer to take a 6-3 lead over the Riverpigs late in the game which would end up being the winning runs and shattering the Riverpigs dreams of winning a championship in year 1.

The Saranac Lake Surge defeated the Thunderbirds  in Game one by a score of 5-4 in  another intense game where starter Jhoendri Herrera who topped out at 95 mph got the no decision and Jessell Soto earned the victory as he came in to relief with Corey Steward earning the save. Alex Rodriguez would crush a second clutch RBI single to score 2 runs. Liam McArthur went 3 for 4. Cory Alexander would go 2 for 4 scoring 2 runs in the game for the Saranac Lake Surge while Brandon Gutzler went a perfect 3 for 3.

In Game two, The Thunderbirds made history as they scored 5 runs in the bottom of the 8th inning win by the score of 9-8. The comeback against the Surge was the biggest  in League finals history. Tj Riles and Kyle Robinson both homered for the Surge but wasn’t enough as Hanley Acevedo also homered for the Thunderbirds to get the team fired up for the comeback.  Manager Sam Quinn of the Thunderbirds was ejected in the third inning for arguing balls and strikes, and Surge Outfielder TJ Riles was also ejected for arguing balls and strikes

In Game three, Sora Sakashita of the Surge faced Wirliel Rangel of the Thunderbirds in a pitchers duel. The Game ended 3-1 after a huge 2 out single by Thunderbirds catcher Alex Rodriguez to score 2 runs. The Surge scored their only run in the 8th inning when Edel Luaces scored on a wild pitch. Thunderbirds would take a (2-1) series lead.

Game four would bring the series to a Winner Take All Game 5 as the Surge jumped all over the Thunderbirds defeating them by a score of 7-2. Jessel Soto was phenomenal in this one going the distance and earning the win! 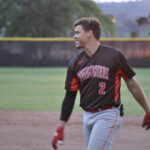 Tupper Lake, NY – The Plattsburgh Thunderbirds defeated the Tupper Lake Riverpigs by a score of 6-5 in a wild card single elimination game.

Riverpigs would chip away to tie the game in the 6th inning at 3 with clutch hitting by Edward Salcedo.

In the 7th inning however, Thunderbirds catcher Alex Rodriguez would crush a 3-run daggering Home Run to give the Tbirds a 3 run lead.

But the Riverpigs were not done yet, as Salcedo would help get things going once again driving in a 4th run and following him was Drew Thomas who hit a clutch 2 out single to right field to score two runs and tie the game at 6.

Tbirds would add on one more run in the top of the 9th with a single by Richard Miller and the Riverpigs just couldn’t get one across in the 9th .

Plattsburgh advances to the Empire League Finals where they will face the Saranac Lake Surge in a best of 5 series startiing tomorrow through Monday. All Games are at 6:35pm

You can purchase tickets at the gate or watch live at Empireproleague.com and clicking on Live Games link. 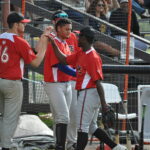 What does this mean? That means the Plattsburgh Thunderbirds and Tupper Lake Riverpigs will face off for a one game elimination playoff on August 4th at 7pm in Tupper Lake.

The winner of the wild card spot will advance to the 2021 Empire League Finals.

First game of the Zacari Cup Finals will be on August 5th at 6:35pm. 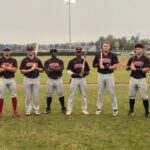 The Thundersbirds joined the New Hampshire Wild to represent the East side. 10 Thunderbirds players were selected to the All Star team.

Malvin Matos and Richard Miller participated in the All Star Game Home Run Derby in which Malvin Matos took home the crown.

The T-birds will continue play Monday night at 7:00pm versus the Tupper Lake Riverpigs at Municipal Park in Tupper Lake. 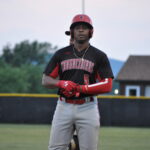 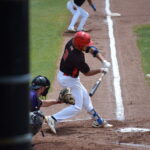 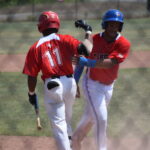 Lyon Mountain, NY – After the 2020 Empire Baseball League season was completely eliminated due to the complications and restraints of the novel coronavirus, Opening Weekend for the 2021 summer season was highly anticipated by residents of Tupper Lake, NY and its neighboring counterparts.

Four teams sprung into action on June 12th & 13th to begin the season. The first matchup was hosted by the defending 2019 champion Plattsburgh Thunderbirds and the visiting Saranac Lake Surge.

In the first game Saturday, the home team Thunderbirds struggled to gain much ground early offensively as the pitching and defense of the Surge limited opportunities. On the other end, the  Surge bats came out hot, providing them with a comfortable cushion of runs.
The early lead by the Surge would soon shrink as Plattsburgh began to find effective ways to  get on base and score runs. Center Fielder Hanley Acevedo provided his Thunderbird team with the spark they needed after lighting up the field hitting 3-4 with two doubles, a single, seven bases and, ultimately, four runs.

The Thunderbirds would, however, come up short and fall to the Surge 13-11 after an explosive showing of Saranac Lake offense late in the game.

Looking to come out hot to redeem their game one loss, the Thunderbirds starting pitcher brought the fire, throwing a complete game shutout to go along with two hits allowed to pick up their first win of the season. The Plattsburgh bats came out firing early and would ultimately score ten runs to even the four game set.

Even though the Plattsburgh Thunderbirds would start the season 0-1 and would later pick up their first win, the team is confident in themselves and their ability to hit the ball both with power and effective contact. In a post game interview Saturday with Thunderbirds player of the game
Hanley Acevedo, he said that he “personally felt comfortable at the plate” and that the team, as a whole, is a “great hitting team”. He would later explain to reporter Jake Manyin that the team needs to “shake off the rust and keep showing out”. That would prove to be evident as the Thunderbirds found their way to win Sunday and even the set.

Game three of the four game series is set to occur tomorrow at Lyon Mountain Park at 1 p.m. if expected thunderstorms and rainfall don’t force postponement. 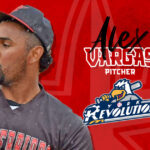 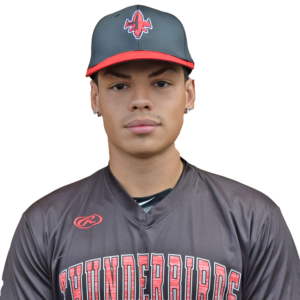 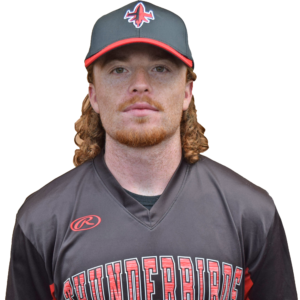 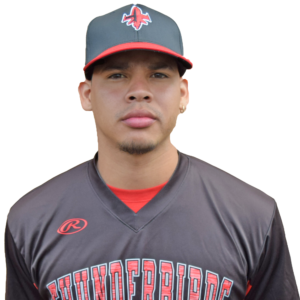