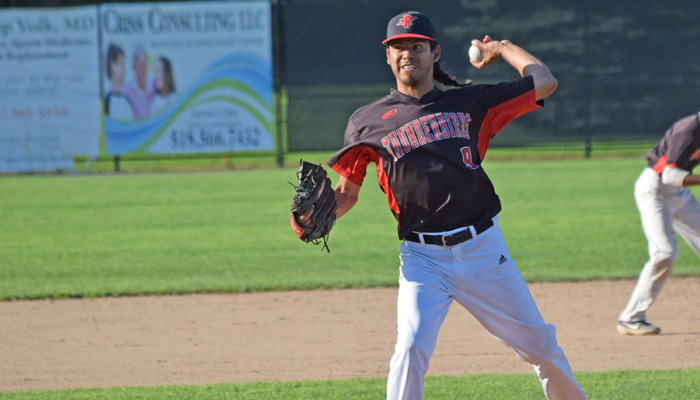 PLATTSBURGH, NY – Left handed starter Dimitri Nunez was stellar once again in his second outing of the season to give the Thunderbirds their 6th win of the season as they are still undefeated and chasing Empire League history.

With todays win the Thunderbirds are still undefeated with a 6 – 0 record. The longest winning streak by any team in League history is 9 set back in 2017. The Thunderbirds are now chasing history as they are just 3 wins away from reaching that mark.

Dimitri Nunez did work today going 7 strong allowing 3 runs, striking out 4 batters and not allowing a single walk. In 2 starts, Dimitri has thrown 14 innings allowing just 3 runs striking out 10 batters and only walking 1 while taking 2 wins.

Tomorrows game is at 12pm at Lefty Wilson Field at Melissa Penfield Park in Plattsburgh, NY. Admission is just 5$ for adults and free for kids 12 & under. Concessions is available.