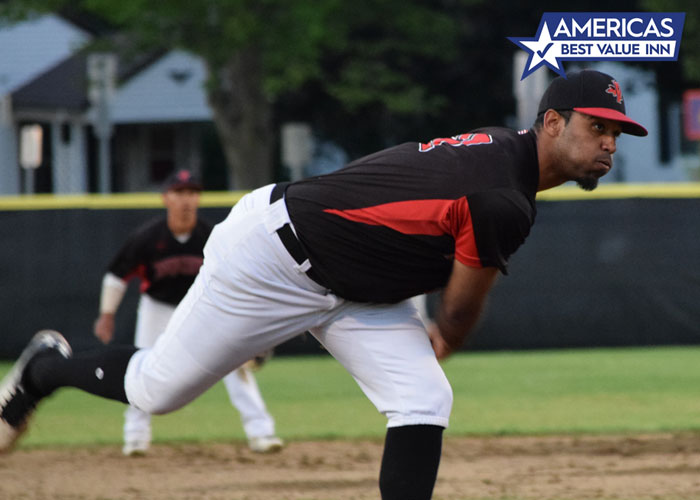 PLATTSBURGH, NY – The Plattsburgh Thunderbirds pulled off a never before seen in franchise history come from behind victory to sweep the cross town rivals of Saranac Lake Surge. The team  not only came back from a large 9 run deficit, which is the biggest in franchise history, but, the team has also tied the Empire Leagues longest winning streak  of 9 set back in 2017.

The Surge  took an early 8 to 0 lead with strong performances by Skylar Mercado  who hit a solo shot to left, and a 3 for 3 day for Stephen Octave behind the dish. Chikara Igami was more then stellar going 4 innings allowing just 1 earned run while striking out 3 batters.

The story for the Thunderbirds could not be made up. They chipped away to score a total of 12 runs after a big fly from right fielder Zach Sullivan  who went 4 for 5 in the game.  Kezlin Douglas was a superstar on the mound tonight tossing 5 full innings allowing just one run and striking out 5 batters.

This Thunderbirds win means a sweep of the mayors series  by the Plattsburgh Thunderbirds. Both teams will break for CamAm league series and will continue play on Thursday July  4th.