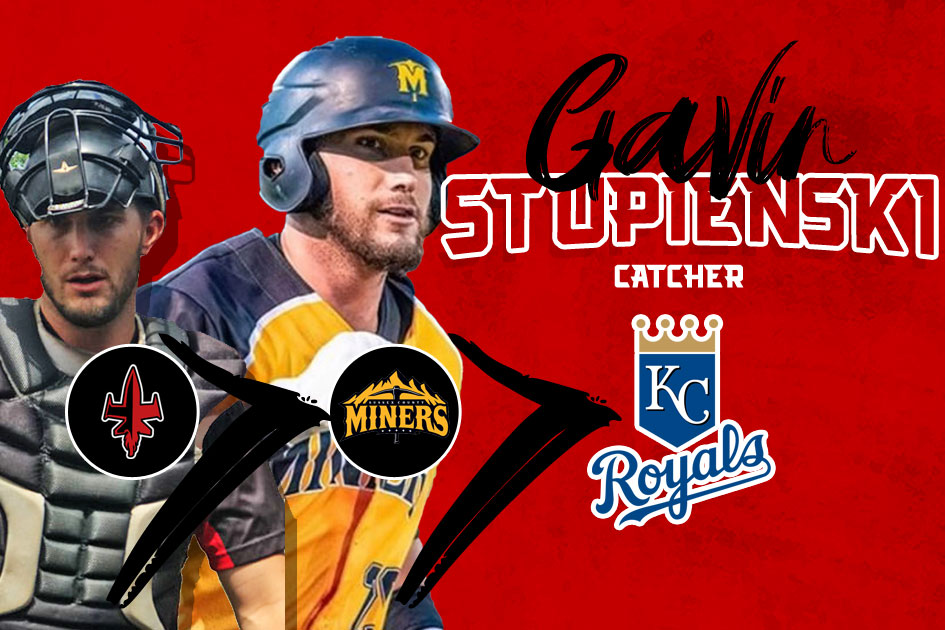 New York, New York –  Gavin Stupienski came to the Empire League in 2019 as a top prospect catcher looking to return to affiliated baseball. He was taken by the Plattsburgh Thunderbirds, moved to the Sussex County Miners, and now finds himself signed with the Kansas City Royals.

Within the first week of the season with the Plattsburgh Thunderbirds, Stupienski  was needed by the Sussex County Miners. He had just 8 At Bats. In those 8 AB’s, he had 1 homer and 3 RBI’s.

Stupienski is a strong and intelligent catcher that can swing it from the left side and there is no surprise that he is signed by the Royals.